If you’re feeling like you’ve plateaued in your spiritual quest, Patanjali’s Eight Limbs of Yoga could help reset your sails. Enlightenment is your birthright, but you have to walk before you can run.

It’s hard to run if you haven’t learned how to walk, and walking seems unfathomable until you’ve learned how to crawl. But when all you want is to sprint down that tree-lined path to the flower fields at the end, there isn’t much patience for mastering a crawl.

It’s a human condition: we fixate on an end goal and dismiss all the critical steps needed for the end goal to truly actualize, like pressing fast forward to get to the end of a movie.

When an integral stage of the process is missing, the final destination doesn’t hold nearly the same pleasure and satisfaction that it could have. When essential pieces are missing, completion is unwhole, and with yoga literally meaning "to yolk" or "unite" into wholeness, this is why we must practice all of the Eight Limbs of Yoga when on our yogic path, not just the more common Asana (physical practice). 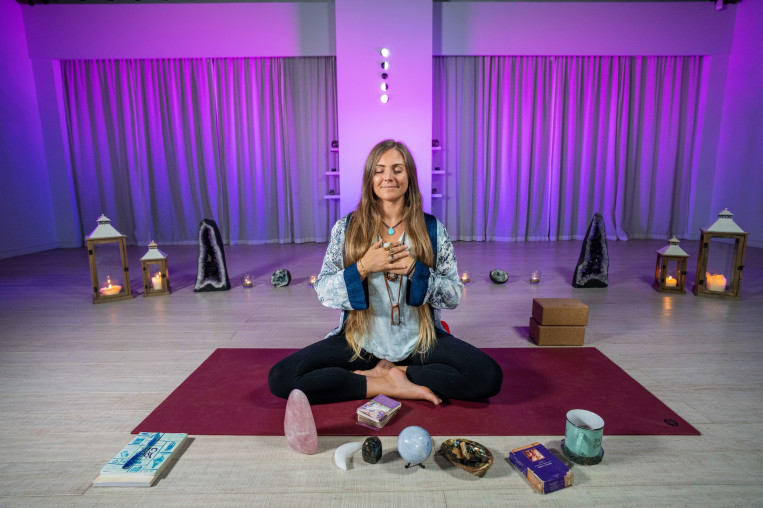 It’s really, really hard to experience Samadhi or ecstatic bliss if you haven’t become intimate with and taken the stepping stones toward getting there first.

Did you know there are stepping stones toward enlightenment? Some might argue that there aren’t, but the “father of yoga” and writer of the ancient Yoga Sutras, Patañjali, felt strongly that there are.

The sacred texts of the Yoga Sutras of Patañjali explain that there are 7 stepping stones one must take and master if they wish to attain the auspicious and ultimate goal of number 8 - Samadhi (enlightenment or Nirvana). Patañjali believed this systematic, step-by-step process could guide anyone toward enlightenment, and he called that system the Eight Limbs of Yoga, also known as Eight-Limbed Yoga or Ashtanga Yoga (not to be confused with the Ashtanga Vinyasa style of Yoga). 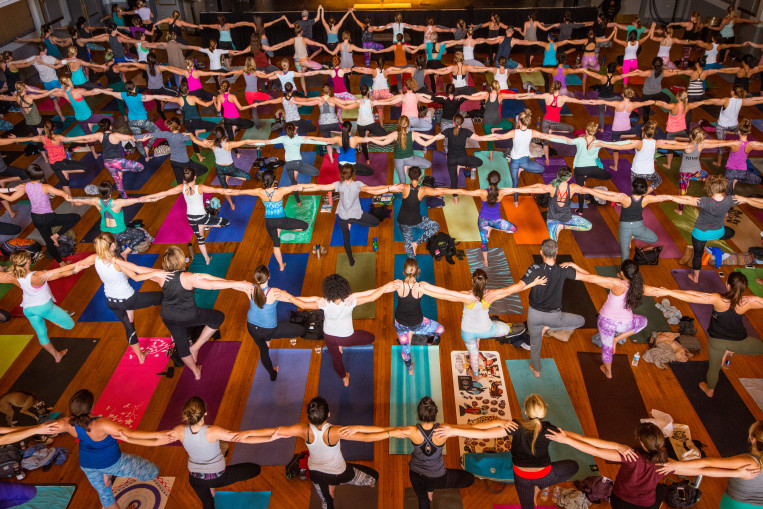 Modern yoga in the West often only highlights one of these limbs, Asana, which is the physical practice you are probably most familiar with. Although many yoga teachers try to thread in some of the other limbs while teaching to make up a more well-rounded practice, there are still many that disregard the other limbs of the yoga practice and don't think much of it being anything beyond just a "workout". While physical movement is powerful in its own way, this avoidance of the complete practice of yoga with all 8 Limbs does a major disservice to the beauty and healing that yoga has to offer! Quite frankly, many would even argue that failing to teach yoga beyond the physical sense isn't even "yoga" at all.

We place such emphasis on the Asana limb, which is mainly the result of westerization, yet Patañjali only mentioned Asana a few times in all 196 Yoga Sutras! It's important to recognize this, and how yoga has evolved over the years while you dig into the Yoga Sutras and the Eight Limbs contained within them.

The word "Sutra" means “thread”, implying that these texts make up the most foundational and necessary truths that thread the yoga journey and life itself together.

The Sutras (writings) of Patañjali are divided into four Padas (chapters):

The second Pada, Sadhana Pada, is where the Eight Limbs of Yoga are introduced and described with an focus on the first six of the eight: Yamas (ethics), Niyamas (self-discipline), Asana (physical practice), Pranayama (breath work/breath control), Pratyahara (withdrawal), and Dharana (concentration). He later focuses on the 7th and 8th limbs in Vibhuti Pada, after there has been profound dedication in Sadhana (daily spiritual practice - aka putting yoga into action).

Keep in mind, Patañjali insisted that one must master one limb before they are ready for the next. Each limb, when practiced with sincerity and devotion, is designed to help the practitioner live a more disciplined life with the ultimate goal of alleviating suffering and finding liberation within. 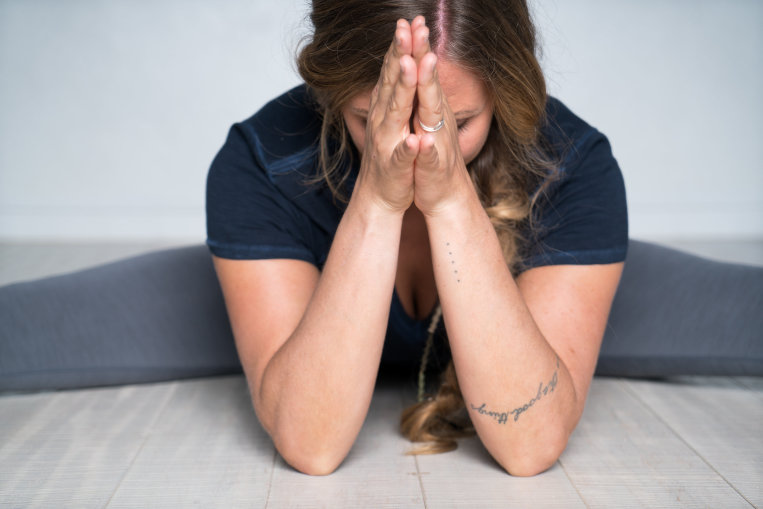 The Eight Limbs of Yoga

The Yamas are rules of moral code for how we carry ourselves in life. The five ethical guidelines of the Yamas are:

The Niyamas are the 5 codes of self-discipline to observe in your personal behavior:

Prana is the Sanskrit word for "vital life force energy" also known as your breath. Pranayama is the yogic practice of using different controlled breathing techniques to control your Prana and is used to help strengthen the connection between your mind and body.

After you’ve tended to your body and external world, you’re ready to venture inward. Pratyahara is the practice of withdrawing your senses from all external stimulus so you can become aware of your inner landscape.

Through the previous steps, you’ve become ready for deep meditation, or Dhyana. This is the practice which leads to reflection, observation, steadying the mind, quieting the voices/mental clutter, and resting the "monkey mind". This is the final "step" before reaching Samadhi, or enlightenment.

Samadhi is the merging with the divine; the true union of the self with tranquility, fulfillment, happiness, bliss, and contentment. The inward journey eventually takes you so deep that it becomes both inward and outward; you are one with the divine, one with all. You are completely absorbed in this tranquil union and bliss.

It’s no surprise that enlightenment isn’t as easily attainable as simply just snapping your fingers, but then again, would you be able to enter such a pure and divine state if you hadn’t mastered the preceding steps first?

So, try to do your best when following the yogic path. Do the work to be a good person, take care of your body, mind, and spirit, and leave this universe vibrating higher than when you found it. You have that power, and ultimately, that choice.

Most importantly, don’t forget to breathe. 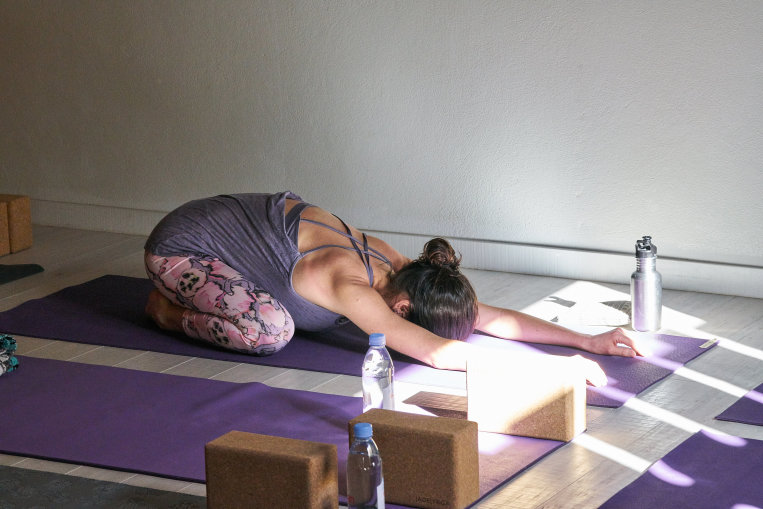 Feel free to reference the list above as your handy go-to when preparing a yoga class or workshop, or keep it close for your own journey up the proverbial staircase to Samadhi. If you want to go a bit deeper into the 8 Limbs of Yoga, you can read more here. Also, the following books may also help you on your yoga journey to more deeply understand the Yamas and Niyamas contained within the Yoga Sutras of Patañjali:

Don't forget to also check out Rachel Brathen's Favorite Books on Yoga and Spirituality too! 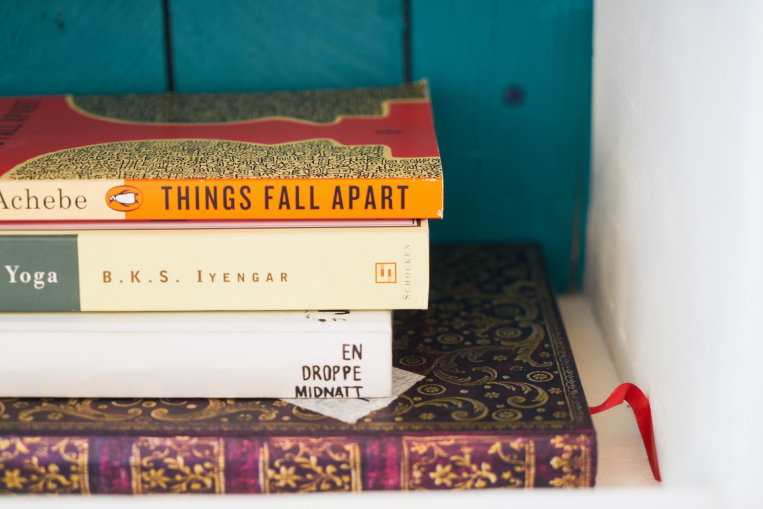 In which limb(s) do you feel the most stuck? Do you notice if you’ve skipped a step and if that has caused a struggle? We are all the student and the teacher. Share your perspective on Patañjali’s Eight Limbs of Yoga with our community in the comments below!