How To (Not) Kill Your Spouse During Quarantine - Our 10-Year Anniversary Episode! favorite_border

Conversations from the Heart - April 3rd 2020

This week’s episode is a special one as Rachel has on the ultimate guest, her hilarious and down to earth husband, Dennis Schoneveld! Rachel and Dennis are recording from Aruba on their 10th wedding anniversary as they have found themselves at home, like the rest of us.

Tune in as they discuss everything a husband and wife would discuss during this time of isolation, from how they reacted to Luna getting tested for the virus to Dennis’ opinion on the amount of rice they currently have in the cupboard. Ultimately, as they work to protect their team and business during this challenging time, Rachel and Dennis share how to be of service to those in need.

Of course, it wouldn’t be a Rachel and Dennis episode if they didn’t address your Instagram questions. Find out if they will have another baby, if they use any form of THC to calm down, and if Dennis thinks of himself as ‘clingy’.

Tune in for a family quarantine episode not to be missed - funny, heartfelt, honest, and real. 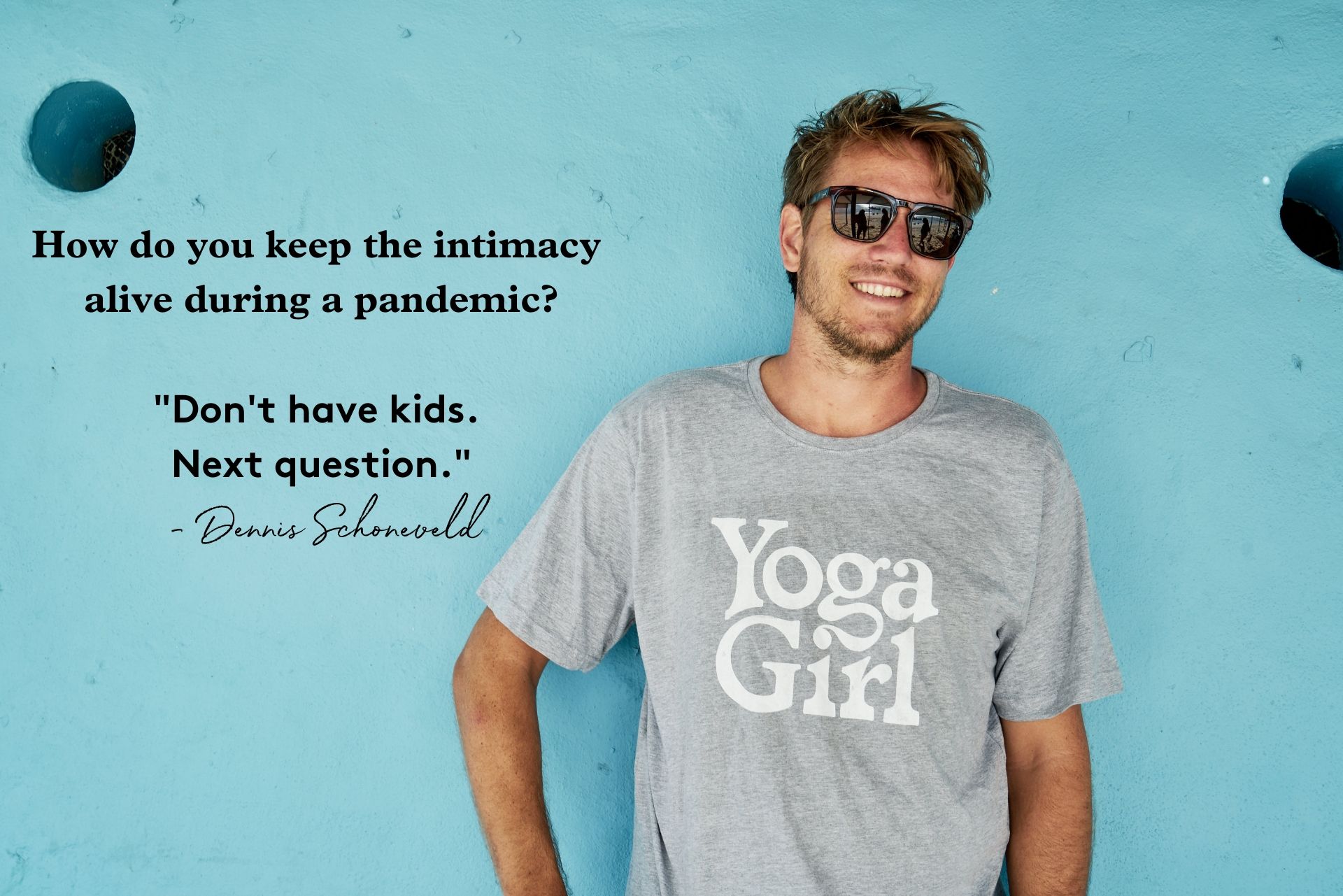 Rachel: Yeah. And the more you can trust that you know where your money and where the food you're giving is going. So can you help your neighbors? Like do that. Can you help your neighborhood? Do that. Can you help your community, do that, and then look beyond. And I think every single day, if we look for ways to be of service, the universe is going to present us with something, with some way to actually help change someone else's life in a minor way. Like something I'm doing today, we know, a family that's very vulnerable that we've been helping for a couple of months and they are home with two kids. They don't have a TV or wifi or a computer or an iPad, like they have literally nothing. So just us putting out the call, like it's such an easy thing for me to put out the call and saw, “hey, how can we get our hands on an old device so we can give them a Netflix account so that she can keep her kids entertained, like a little bit.” Like that's such a tiny thing.

The light you are seeking is within your own heart